QFF is a federation that represents the interests of peak state and national agriculture industry organisations, which in turn collectively represent more than 13,000 primary producers across the state.

Who we are and what we do

The Queensland Farmers’ Federation (QFF) is the united voice of intensive, semi-intensive and irrigated agriculture in Queensland. It is a federation that represents the interests of peak state and national agriculture industry organisations.

QFF engages in a broad range of economic, social, environmental and regional issues of strategic importance to the productivity, sustainability and growth of the agricultural sector. QFF’s mission is to secure a strong and sustainable future for Queensland farmers by representing the common interests of our member organisations.

For more than 30 years, QFF has earned a formidable reputation as a leader in sectoral policy development and driving change to improve the operating environment for Queensland’s farmers. Recognised as a non-partisan organisation that works effectively with all levels and sides of government, QFF is widely acknowledged as one of the most influential and respected advocacy groups in Queensland.

QFF as it exists today, was formally established in 1992 with the express purpose of providing a single voice for the diverse agricultural industries that operate across Queensland, so they could more effectively advocate for sector-wide issues with a unity of purpose.

The creation of QFF saw the unification of the Council of Agriculture (1922-1992), which was made up of 18 former statutory agriculture bodies, and the Queensland Producers’ Federation (1969-1989), which was a broad coalition of agricultural commodity groups. In 2008, the Queensland Irrigators’ Council also became part of the federation. 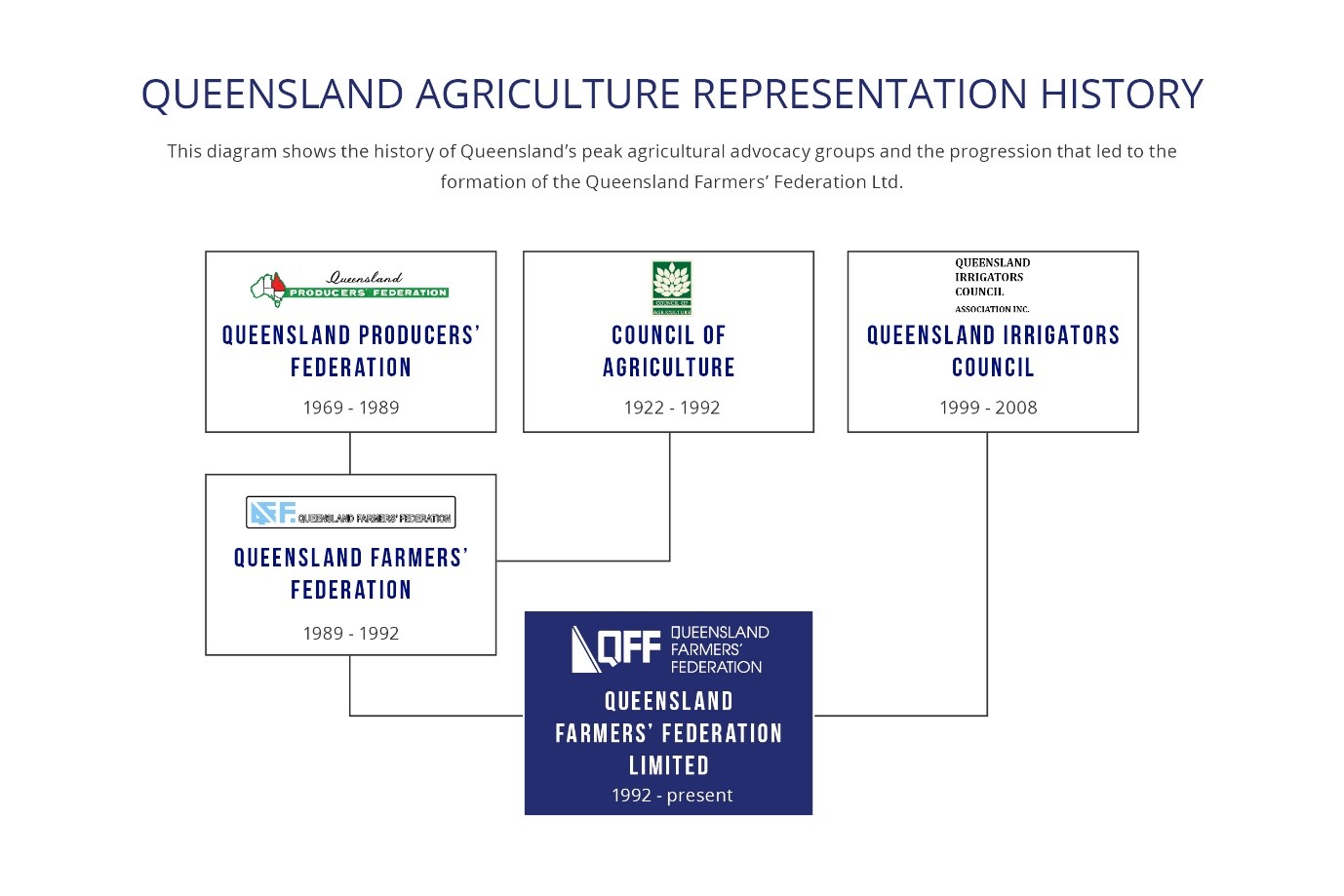 Ensure our members are well-informed on issues of strategic importance

Work together to seek positive outcomes on issues of common interest

Work cooperatively and respectfully with all stakeholders