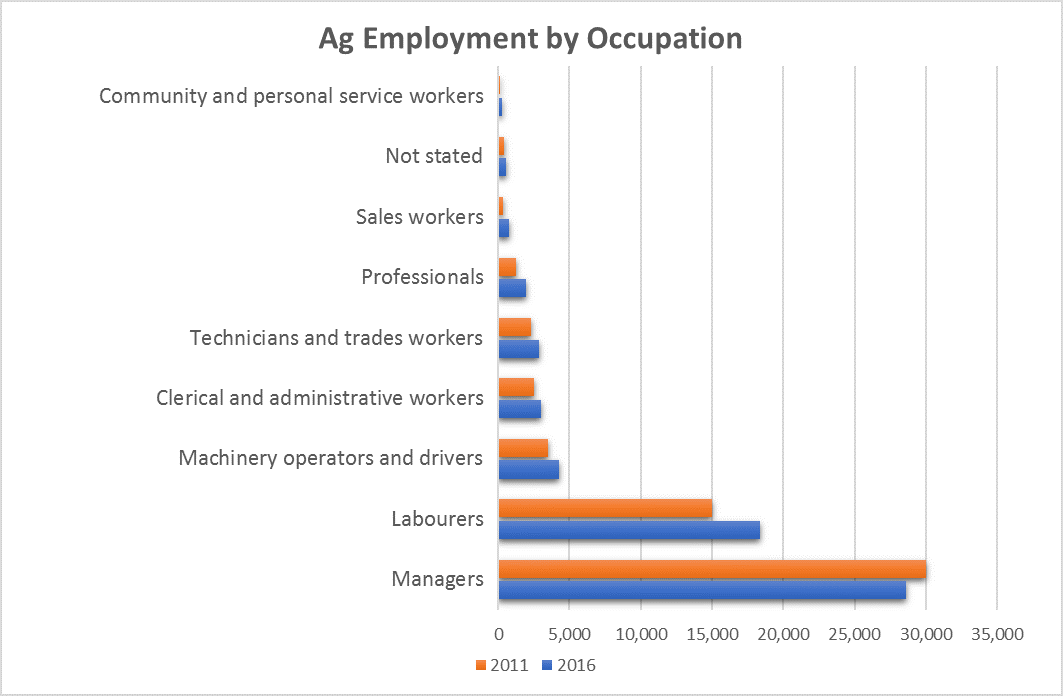 The 2016 Census data has been released and has found that agriculture employs 60,608 people in Queensland, an increase of 9 percent compared to 2011. This is the equivalent of 5,189 more people employed in agriculture, of which 33 percent are female and 67 percent male.

The Census 2016 showed that Queensland agriculture employment has increased across all regions in the last five years with the exception of Queensland Outback and Darling Downs- Maranoa.

Most agricultural sub-sectors that have increased their level of employment such as:

The level of employment also increased across all major occupations. There are fewer managers but there are more labourers, and also machine operators and drivers, technicians and trade people, professionals, sales workers and others.

If you found this article helpful, we think you'll love these
16 Jun 2022
Agriculture Workforce Plan

Register now for the Agworkforce Summit