The farm consists of 0.73 ha irrigated from January to October producing around 100,000 units per ha per year. Energy consumption varies with seasons, being higher in winter, with peak demand during seeding and tray washing operations. Most production processes are labour intensive with packing and plant movement done by hand.

The annual energy consumption for the site during the 2018-2019 period was 10,115 kWh at a cost of $3,095. As the nursery is planning to install a 60-kW steam generator and steam chamber to disinfest growing and transport containers for biosecurity purposes, electricity requirements are expected to increase by 78% and costs by 68%.

A recent energy audit showed how improving the current systems can lead to energy and cost savings. The audit recommended to install:

The auditor also identified immediate no cost or low-cost measures  as follows:

In addition to the steam sterilisation system, the grower is planning to install a new bore pump, two large climate-controlled greenhouses, a control computer, fertigation systems, and chemical application systems, to support the planned production increase over the next 5 years, which will considerably increase the electricity demand on-farm. Based on that, the nursery has proceeded with the implementation of a Roof Mounted 30 kW Solar PV.

The greater savings achieved compared to the estimated have been influenced by the larger system implemented. No additional factors have been identified, such as higher solar radiation during the measurement period or optimization of the orientation of the panels.

From the solar generation, only 15% or 10,329 kWh are being used onsite valued at $2,402 and 56,222 kWh are being exported to the grid with a revenue of $4,420. Part of the energy injected into the grid will be consumed onsite as the nursery expansion plans advance and production increases. Considering that 4,361 kWh – 30% of the total energy use onsite – are being imported from the grid at a cost of $1,015, there are additional potential savings from shifting consumption into the solar generation period. The total power balance of the farm, including solar exports, and the energy cost distribution, are shown in the following figures. 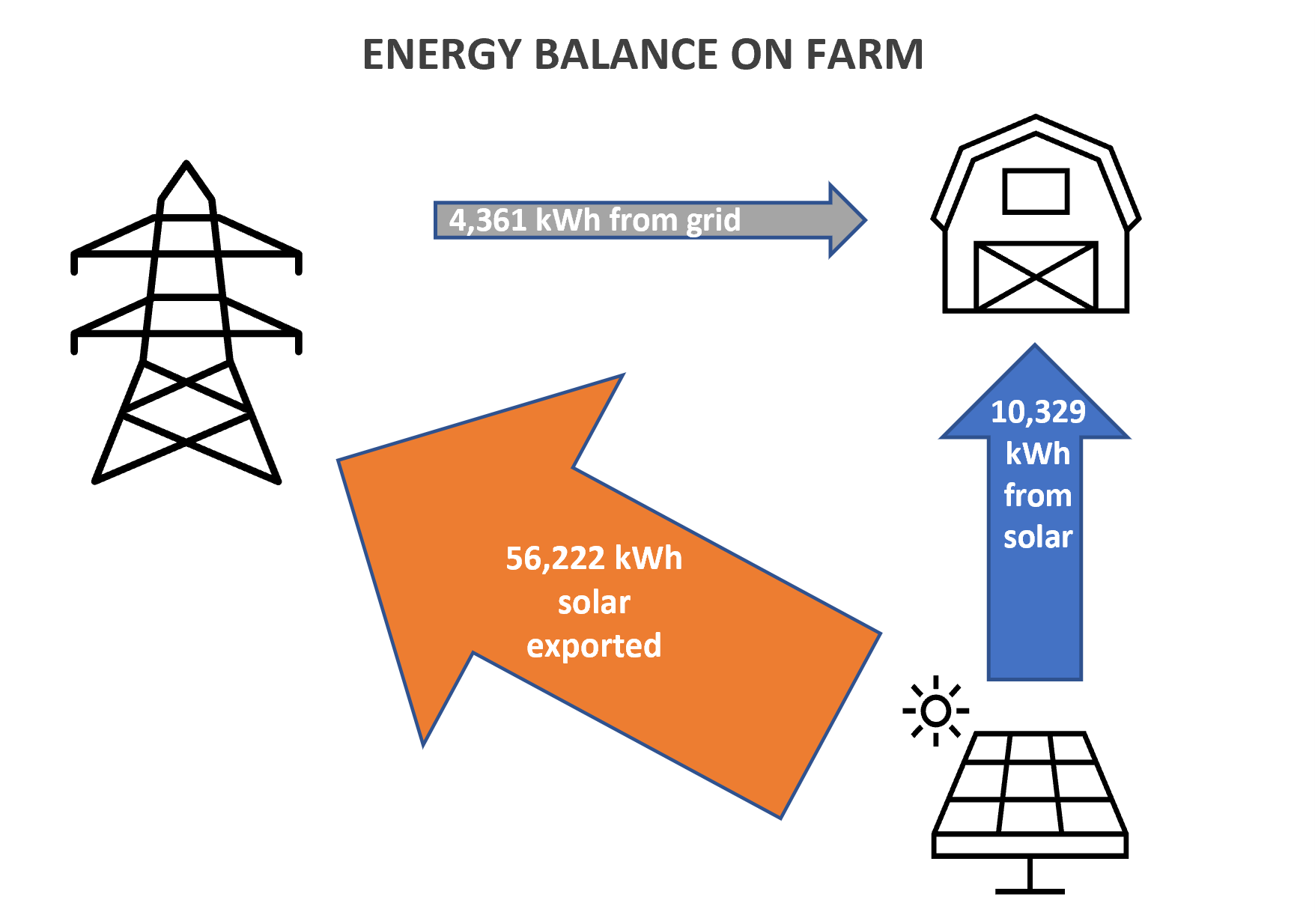 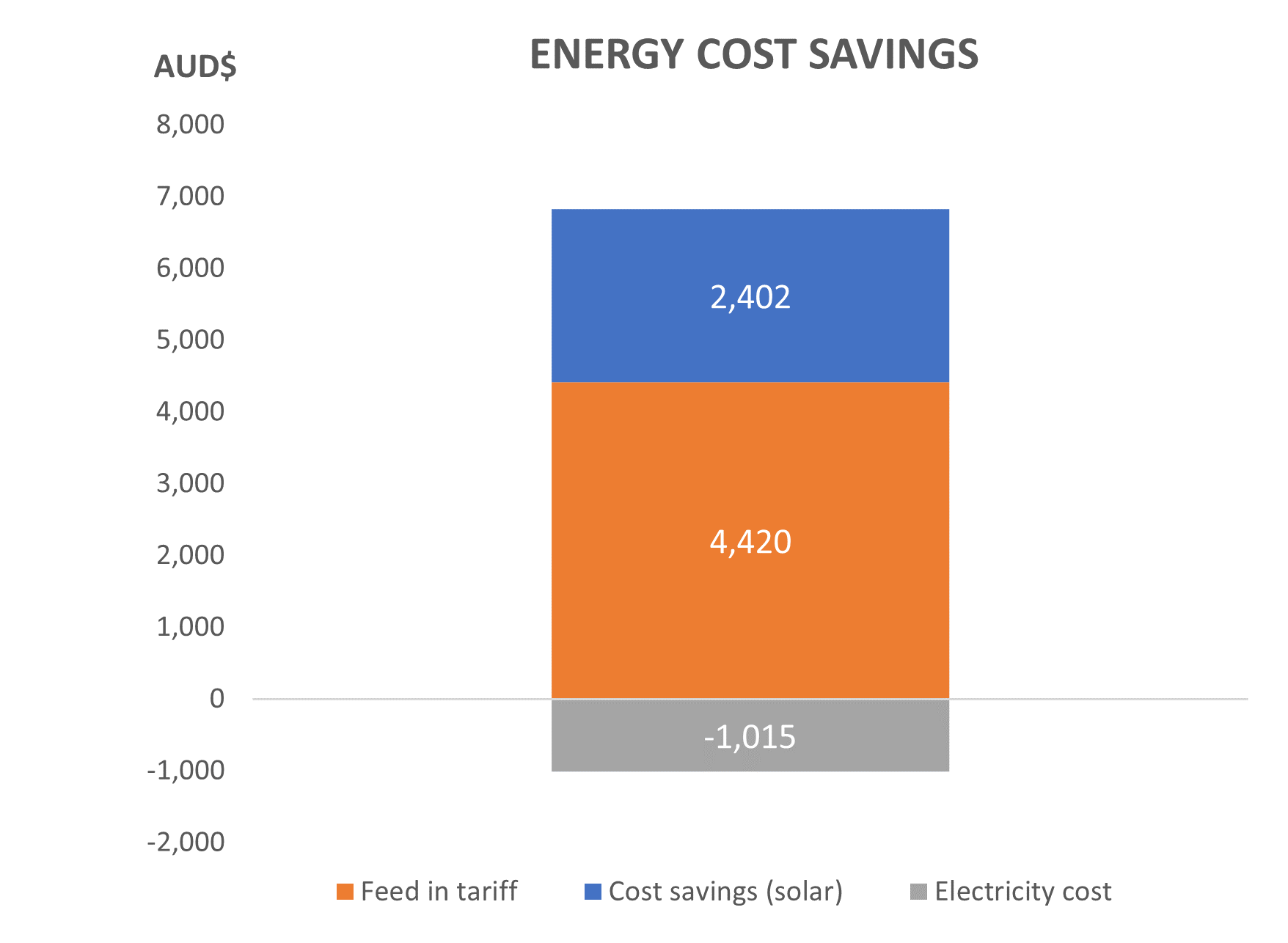 The next step for the farm is to adjust energy usage to offset as much energy consumption as possible from the grid, which would lead to further cost savings. The revenue from feeding into the grid is lower than the cost savings from using the energy onsite: for every dollar of energy exported, more than $3 could be saved if the energy were consumed onsite.  If the farm were to shift 4,361kWh of energy consumption per year to coincide with solar generation times, they would save an extra $670 per year. 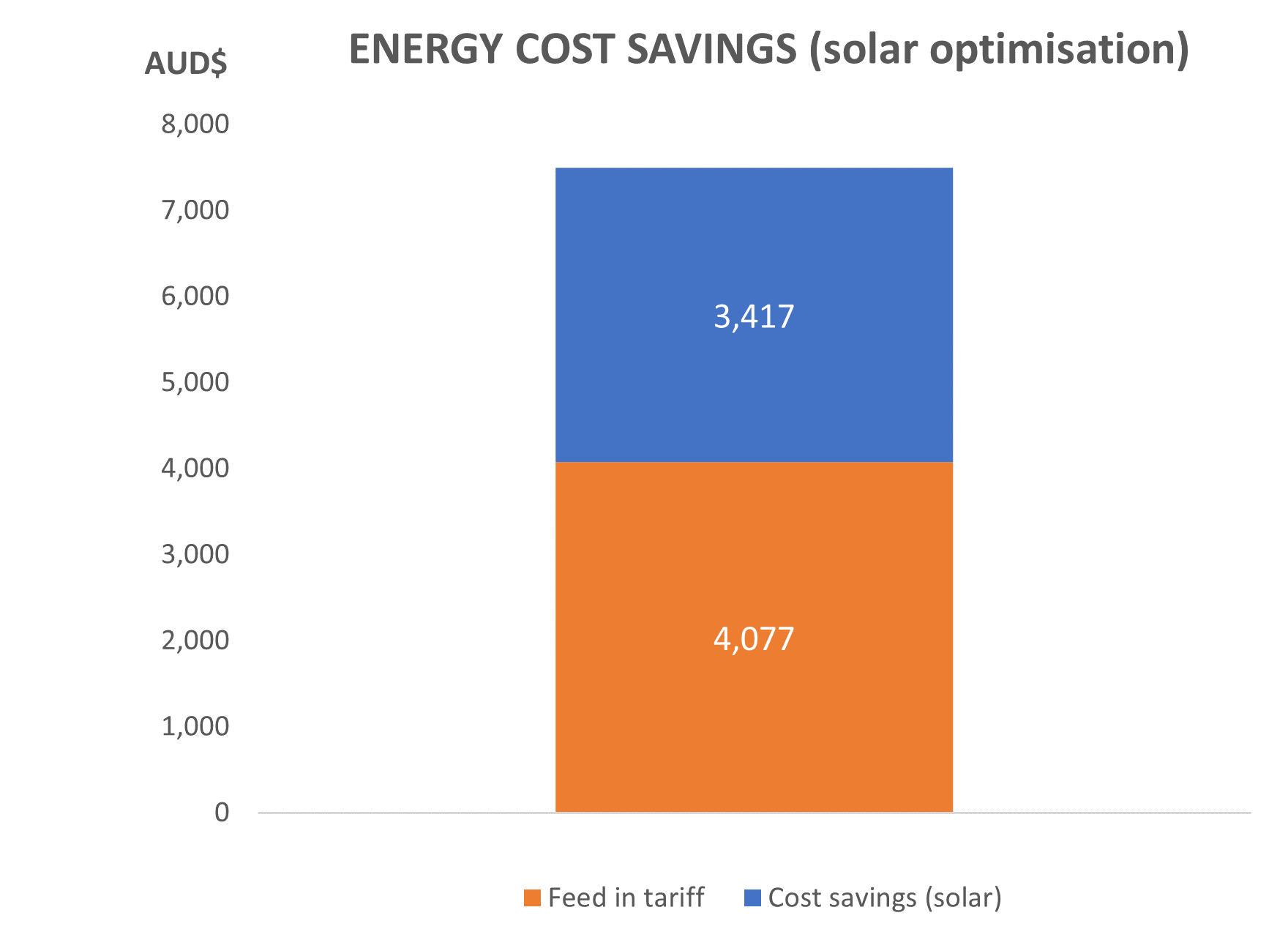 From the implementation of recommendations in the audit, the farm has reduced energy consumption by 453% thus becoming a net exporter of power. Costs have been reduced by 200%, including feed-in revenue, with Carbon emission savings of 53.9 t/CO2-e per year.

An energy audit is a great first step in moving a business towards a more efficient future by reducing energy use, costs, and carbon emissions on site.