The energy audit assessed three separate irrigation systems, consisting of line shaft bore pumps supplying water to three centre pivots and a lateral move. The auditor assessed the pumps and determined that they are delivering less water than expected, and has recommended their replacement to improve efficiency as well as install solar PV systems to reduce energy consumption from the grid. The farmer has implemented one of the solar systems recommended.

The annual energy consumption for the farm during the 2017-2018 period was 168,542kWh at a cost of $45,770. A recent energy audit showed how improving the current systems can lead to energy and cost savings. The audit recommended replace the pumps and install a solar system at each of the pumping sites that will offset approximately 41% of the power of each system.

This case study is focused on the comparison of options to reduce energy consumption from the grid by installing solar panels at the pumps. The audit compared four solar system sizes for each pump: 5kW, 10kW, 20kW and 30kW and the sizes recommended represent the most effective choice for the farm. The pumps are used at different hours each year due to changes in annual rainfall. The interval data was not available and therefore the below analysis is based on estimates and does not correlate times that energy is consumed by the pumps or generated by the proposed solar panels. In each of the cases, the smaller systems had better payback periods because they would export less power as a proportion of overall generation. As the proportion of export increases, the payback period increases since the Feed-in-Tariff revenue per unit is less than the cost of the power offset.

As a final assessment, the auditor considered the option of combining all pumps onto one NMI and installing a solar PV system large enough to maintain the farm as a small user.  An 80kW system was considered potentially suitable with a Payback Period of 5.9 years.

The farmer has proceeded with the installation of a 35.2 kW ground-mounted solar system at pump 3. The savings made have been measured in a Measurement and Verification (M&V) process, as outlined in Table 2.

*Considering tariff 24 as the most optimal.

The lower cost savings measured compared to the adjusted savings from the audit recommendations have been influenced by the lower energy consumed onsite and the higher exports. The next step for the farm is to adjust energy usage to offset all the energy consumption from the grid, which would lead to further cost savings as the revenue from feeding into the grid is lower than the cost of using energy from the grid.

From the solar energy generated, 45% or 22,035 kWh are being used onsite valued at $4,000 and 23,050 kWh are being exported to the grid with a revenue of $1,812. Considering that 52,895 kWh – 71% of the total energy use for pumping – are being imported from the grid at a cost of $9,600, there are significant potential savings from shifting consumption into the solar generation period. The total power balance of the farm, including solar exports, is shown in the following figure. 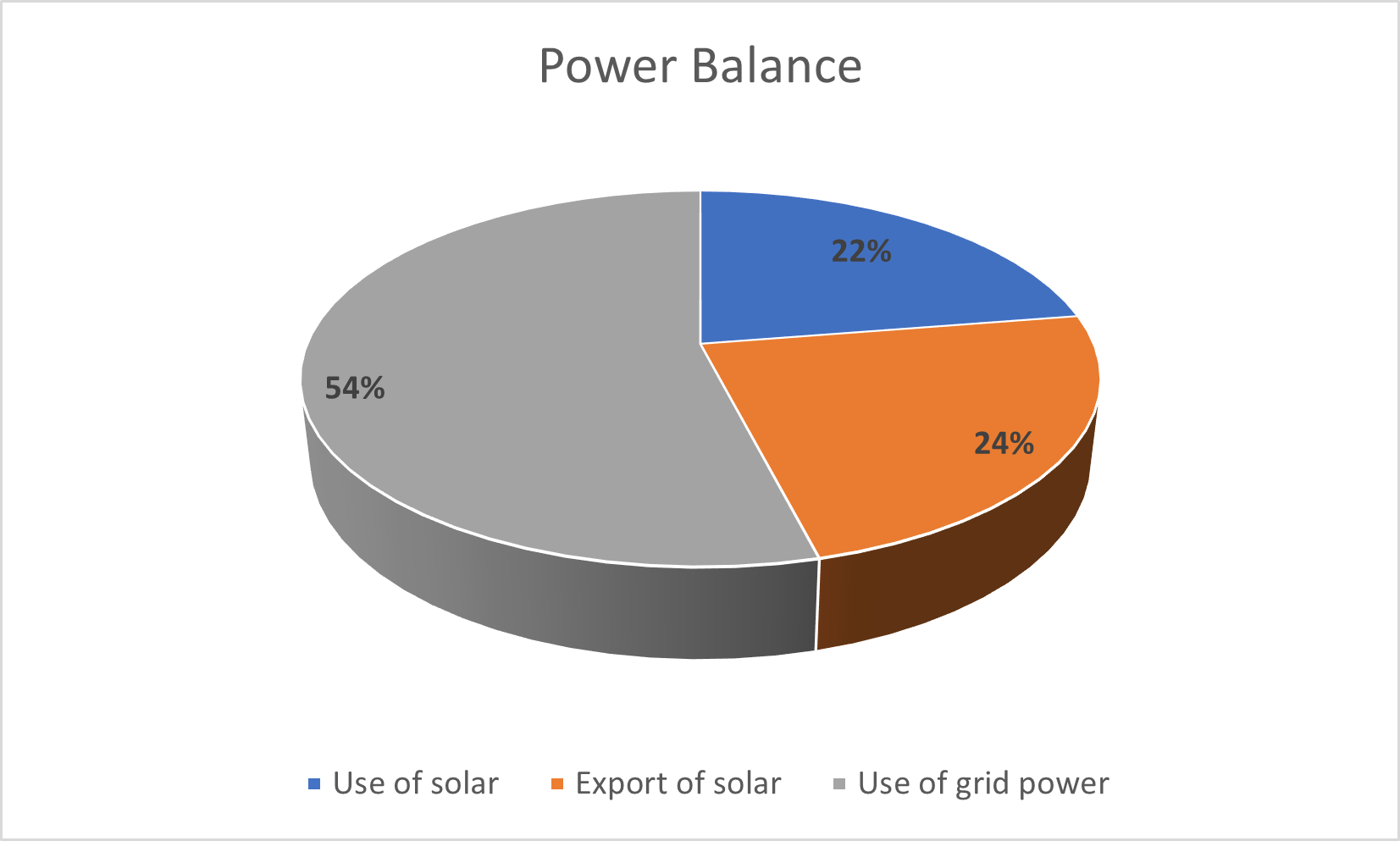 From the implementation of the recommendation in the audit, the farm has reduced energy consumption by 27% and costs by 13%, including feed-in revenue, with Carbon emission savings of 36.5 t/CO2-e per year.