A South East Queensland nursery producing native tube stocks for revegetation has saved money and reduced energy consumption after implementing the recommendations from a recent Energy Savers Audit. The recommendations installed included the upgrade of a heating system and a Solar PV system.

The annual energy consumption for the site during the 2018-2019 period was 64,884kWh at a cost of $17,005. Still, a new seeding/transplant machinery was installed at the time of the audit, which is estimated to increase energy consumption by at least 12%.

* Could improve to less than 1 year if the estimated productivity increases are generated.

The nursery has proceeded with the implementation of a 39kW Roof Mounted Solar PV with a 30kW inverter, after the roof was assessed by an engineer and reinforced to accept the larger system, with a capital cost of $30,000. Also, the grower has upgraded the heating system and has added second hot water storage to take advantage of the solar energy produced to heat water during the day, reducing energy consumption from the grid at night.

Table 2. Estimated and Actual energy and cost savings from the 39kW Solar PV.

The lower cost savings measured compared to the adjusted savings from the audit recommendations have been influenced by the lower feed-in tariff offered in 2020 compared to the evaluated in 2019.

The new rolling benches have increased the area available for plant propagation by approximately 40%, which has increased the amount of heating required and therefore the amount of energy used to heat water. This, along with the new seeding/transplant machinery installed and the replacement of 3 old biological refrigerators with more efficient units, has led to an increase in energy consumption of 33%.

From the solar energy generated, 75% or 49,109 kWh are being used onsite valued at $13,689, and 16,747 kWh are being exported to the grid with a revenue of $1,005. Considering that 48,511 kWh – 50% of the total energy use onsite – are being imported from the grid at a cost of $11,909, there are significant potential savings from shifting consumption into the solar generation period. The total power balance of the farm, including solar exports, and the energy cost distribution, are shown in the following figures. 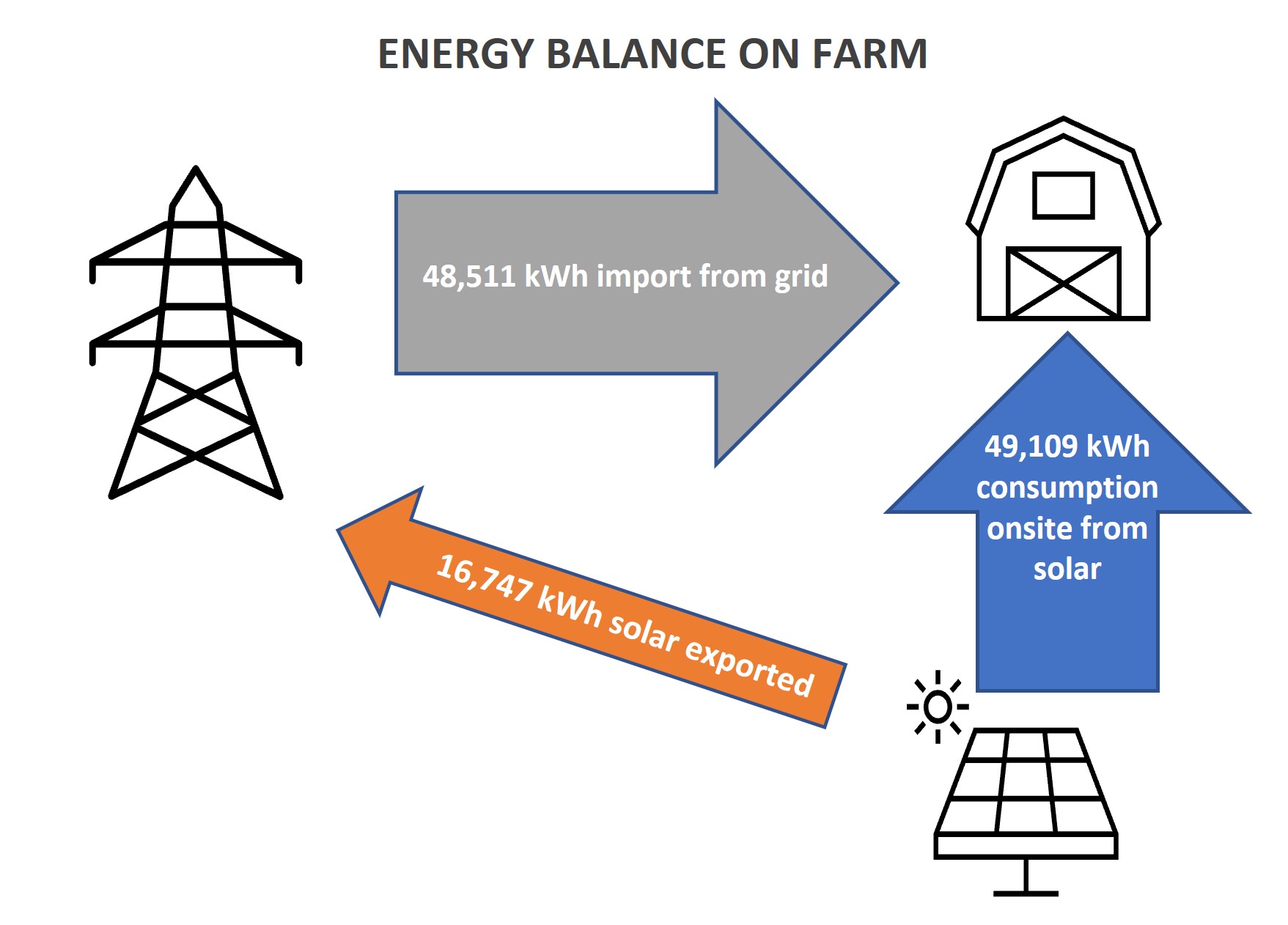 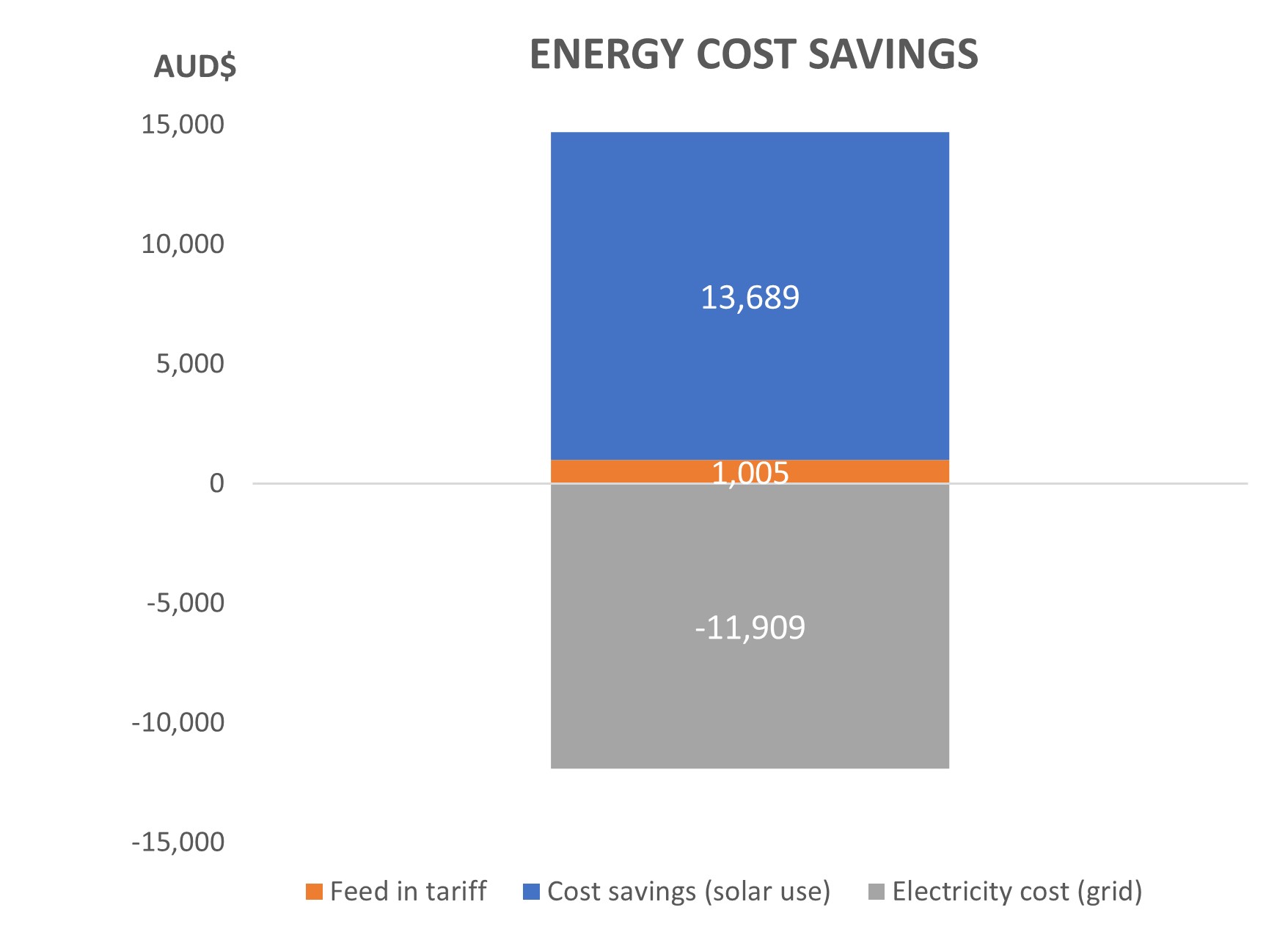 The next step for the farm is to adjust energy usage to offset as much energy consumption as possible from the grid, which would lead to further cost savings. The revenue from feeding into the grid is lower than the cost savings from using the energy onsite: for every dollar of energy exported, more than $3 could be saved if the energy were consumed onsite. If the farm were to shift 16,747kWh of energy consumption per year to coincide with solar generation times, they would save an extra $3,106 per year. 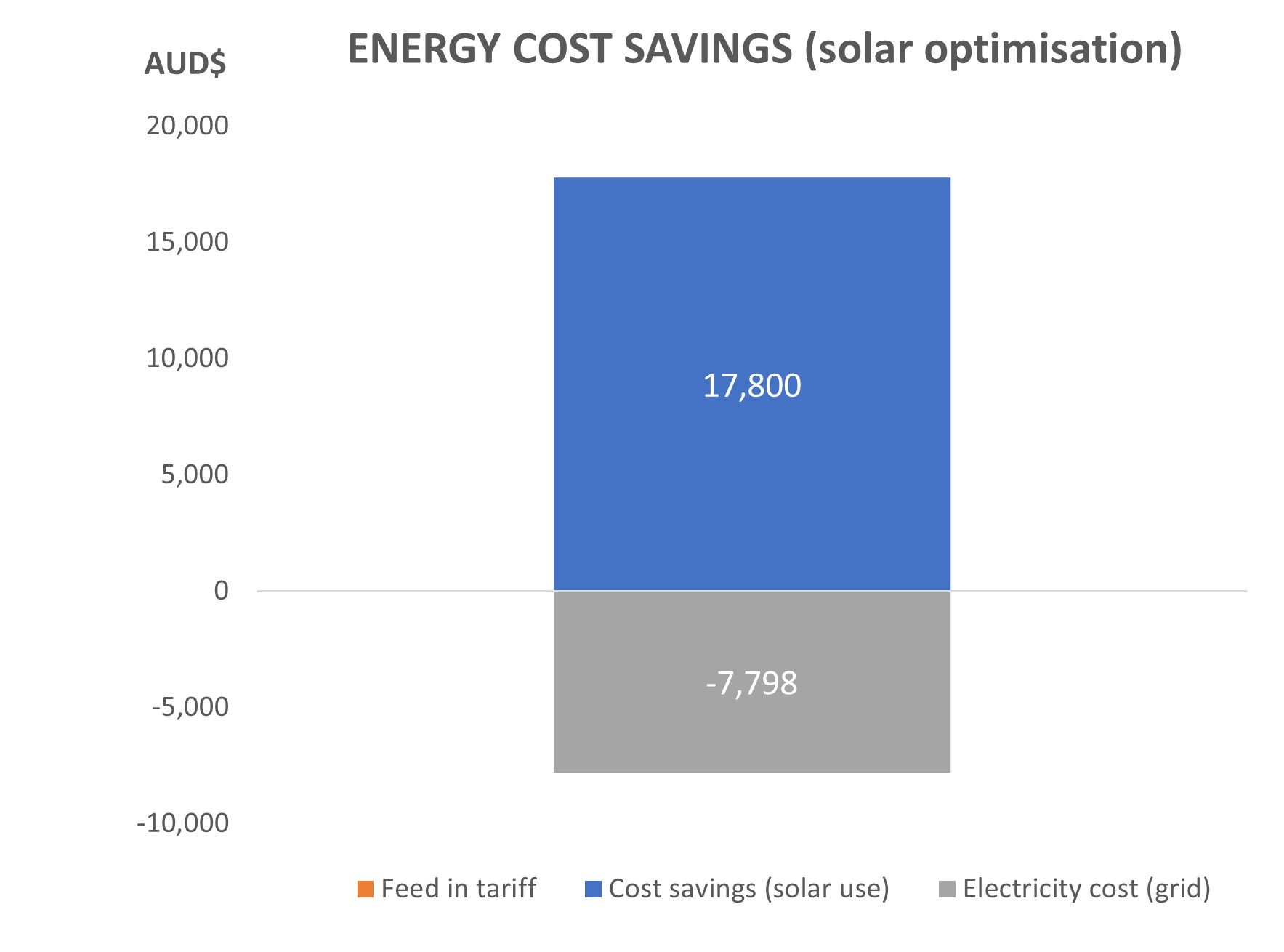 From the implementation of recommendations in the audit, the farm has reduced energy consumption by 72% and costs by 61%, including feed-in revenue, with Carbon emission savings of 56.7 t/CO2-e per year.

An energy audit is a great first step in moving a business towards a more efficient future by reducing energy use, costs, and carbon emissions on site.