A horticulture farm located in Inglewood has achieved 123% energy savings with associated cost and emission reductions from a solar pumping solution implemented based on the recommendations of a recent energy savers audit.

The farm, near Inglewood, has 8,000 trees and produces table olives and olive oil. It is irrigated year-round depending on rainfall. Water is supplied from access to the nearby Inglewood dam. The dam pump has a current energy benchmark of 277kWh/ML.

It is a small site consuming approximately 30,000kWh at a cost of $11,000. The business has already invested in a 10kW solar system. The recent production is over 30 tonnes, but they expect smaller harvests in the coming years due to the ongoing effects of the drought.

The infrastructure contributing to the energy consumption onsite consists of:

A recent energy audit showed how improving the current systems can lead to energy and cost savings. The energy audit recommended the following changes to improve efficiency and reduce costs:

The grower proceeded with the installation of a 25.74kW Ground-Mounted Grid-Connected Solar system at the pump site. The grower did not upgrade the pump as it was relatively new and considered the payback too long. The savings made have been measured in a Measurement and Verification (M&V) process, as outlined in Table 2.

Table 2. Estimated and Actual energy and cost savings from the 25.74kW Solar PV.

From the solar energy generated, 12,936 kWh or 35% of total generation are being used onsite valued at $3,128, and 23,817 kWh are being exported to the grid with a revenue of $1,429. Considering that 17,064 kWh  – 57% of the total energy used onsite – are being imported from the grid at a cost of $4,126, there are significant potential savings from shifting consumption into the solar generation period. The total power balance of the farm, including solar exports and the energy cost distribution, are shown in the following figures. 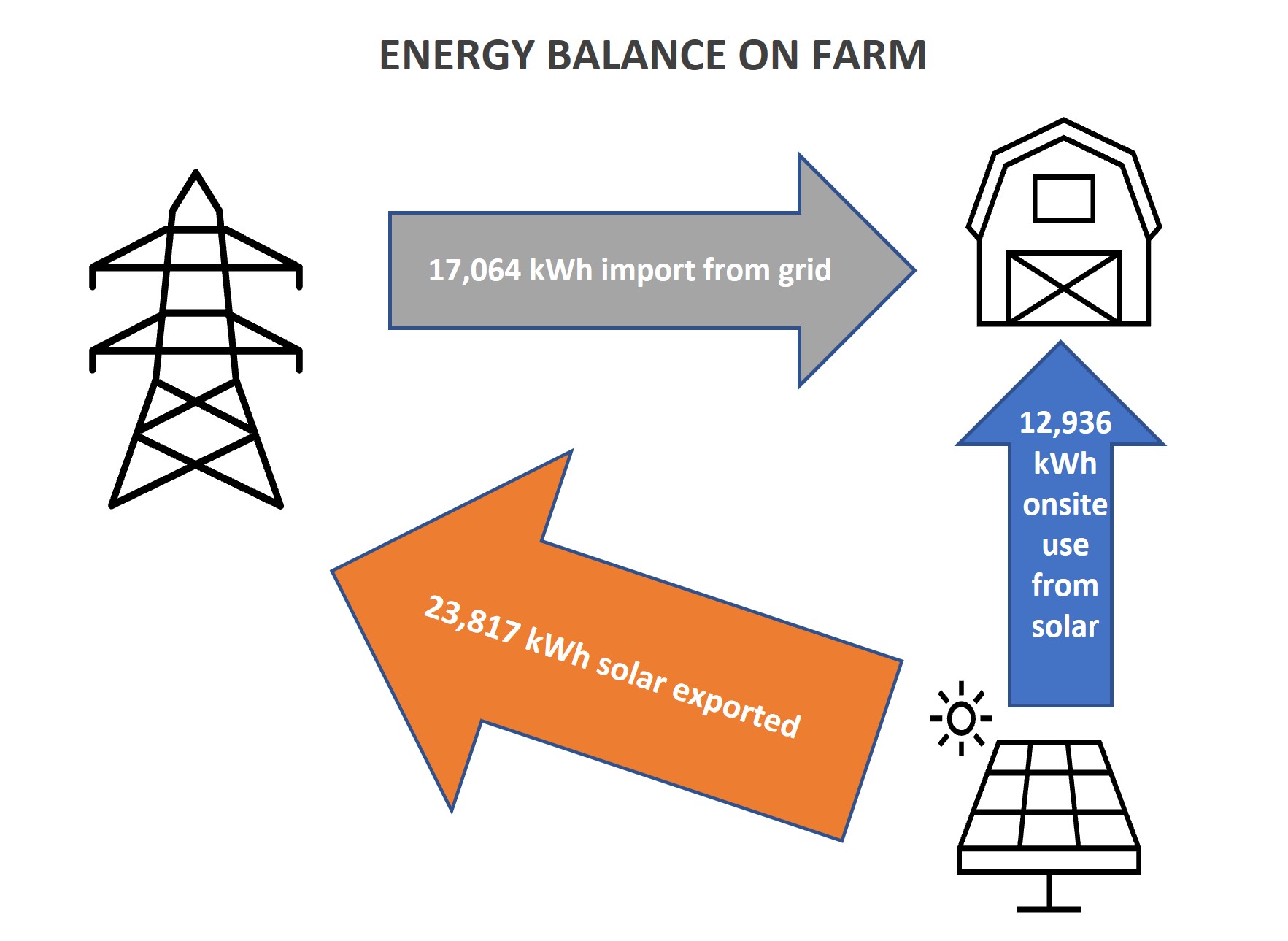 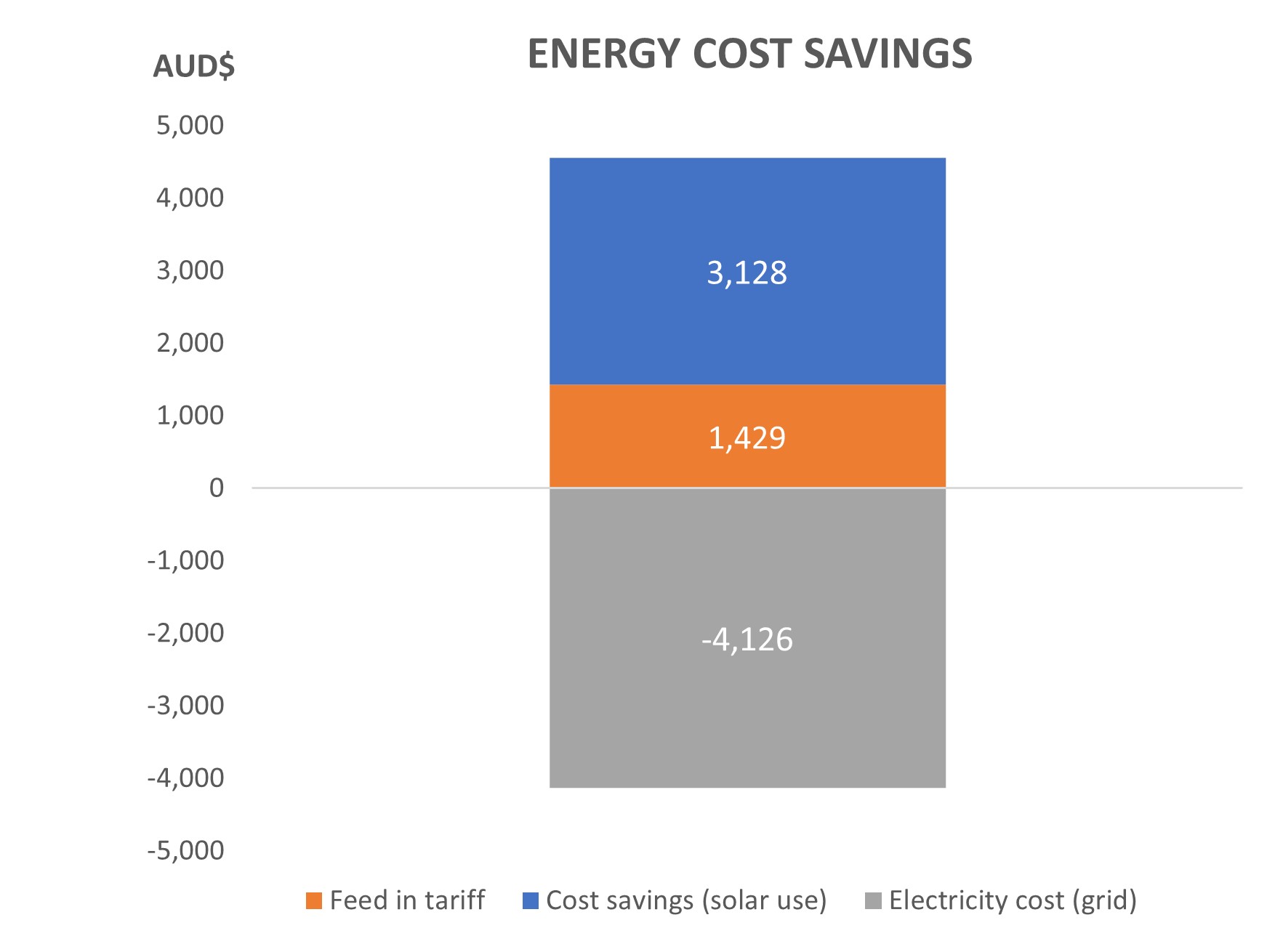 The next step for the farm is to adjust energy usage to offset as much energy consumption as possible from the grid, which would lead to further cost savings. The revenue from feeding into the grid is lower than the cost savings from using the energy onsite: for every dollar of energy exported, around $3 could be saved if the energy were consumed onsite. If the farm were to shift 17,064kWh of energy consumption per year to coincide with solar generation times, they would save an extra $2,697 per year. 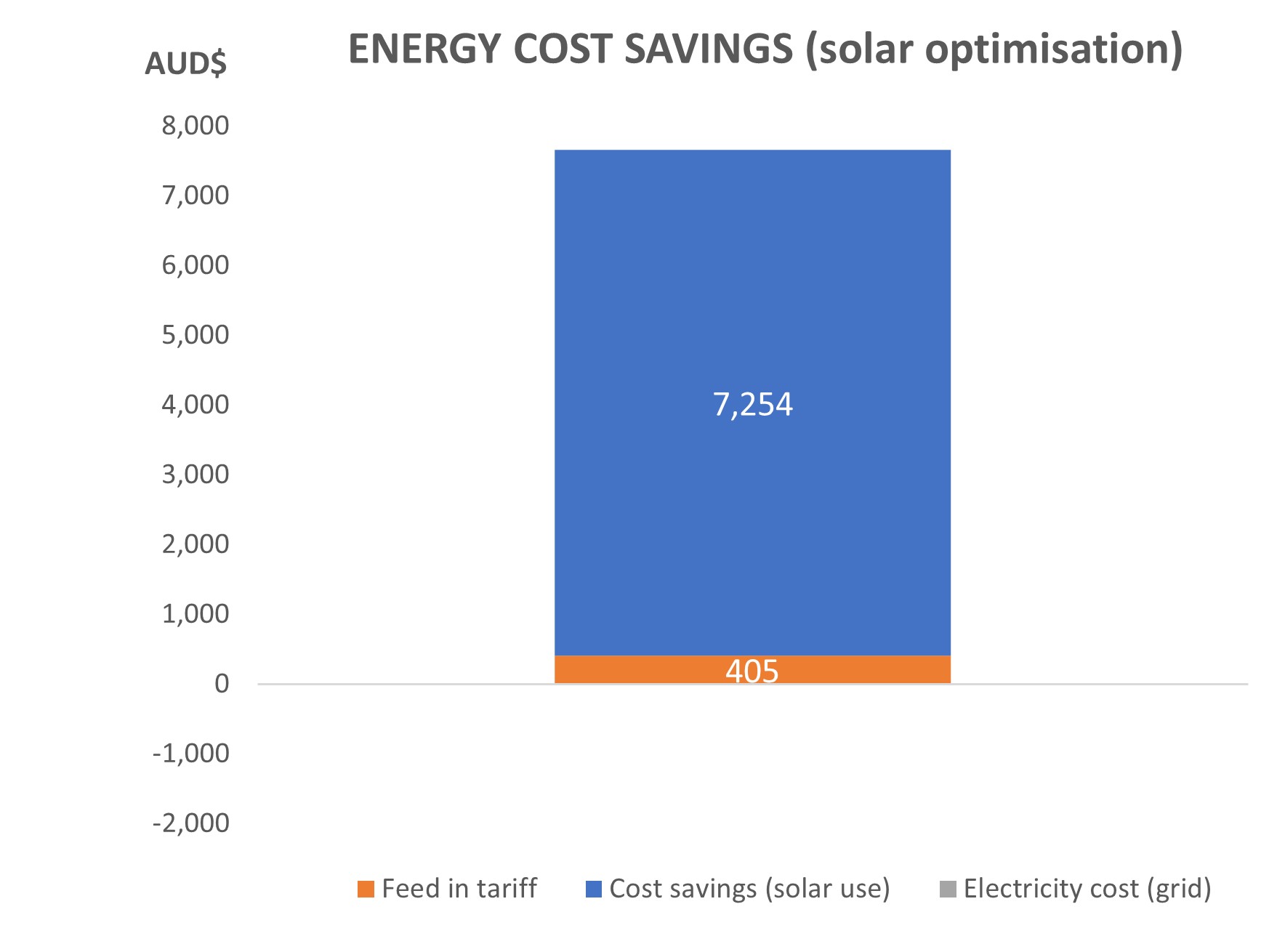 By installing the recommendation in the audit, the business has reduced energy consumption by 123% and costs by 41%, with carbon emission savings of 29.8 tCO2-e per year.