The farm consists of 1.5 ha irrigated year-round from a number of water sources, producing around 3,700 units per ha per year. Energy consumption is strongly influenced by rainfall, which has been limited on the farm for over 3 years. Most production processes are labour intensive with potting and plant movement done by hand.

The annual energy consumption for the site during the 2018-2019 period was 9,970 kWh at a cost of $2,176. The droughts from late 2017 have reduced electricity use given unused bore and dam systems but have increased water costs by $10,000 per year due to the use of town water. When the systems are operational again, energy consumption is expected to increase by 30% if supplemented by town water, otherwise, can increase more than 60% given the requirements for RO operation.

A recent energy audit showed how improving the current systems can lead to energy and cost savings. The audit to install:

The auditor also identified some immediate no cost or low-cost measures, as follows:

The nursery has proceeded with the implementation of a Ground Mounted 13.2 kW Solar PV with a 10kW inverter including an electricity meter upgrade, with an extra capital cost of $6,600. The system has achieved savings that have been measured in a Measurement and Verification (M&V) process, as outlined in Table 2.

The greater energy savings compared to the estimated have been influenced by the larger system and a 13% increase in the average solar radiation received at this location over the re-measurement period. On the other hand, the lower 2020 feed-in tariff compared to the onsite energy offset evaluated in 2018, has considerably reduced the estimated cost savings for the implemented system.

From the solar generation, only 30% or 4,905 kWh are being used onsite valued at $1,174, and 11,416 kWh are being exported to the grid with a revenue of $685. Considering that 3,572 kWh – 42% of the total energy use onsite – are being imported from the grid at a cost of $855, there are significant potential savings from shifting consumption into the solar generation period. The total power balance of the farm, including solar exports, and the energy cost distribution, are shown in the following figures. 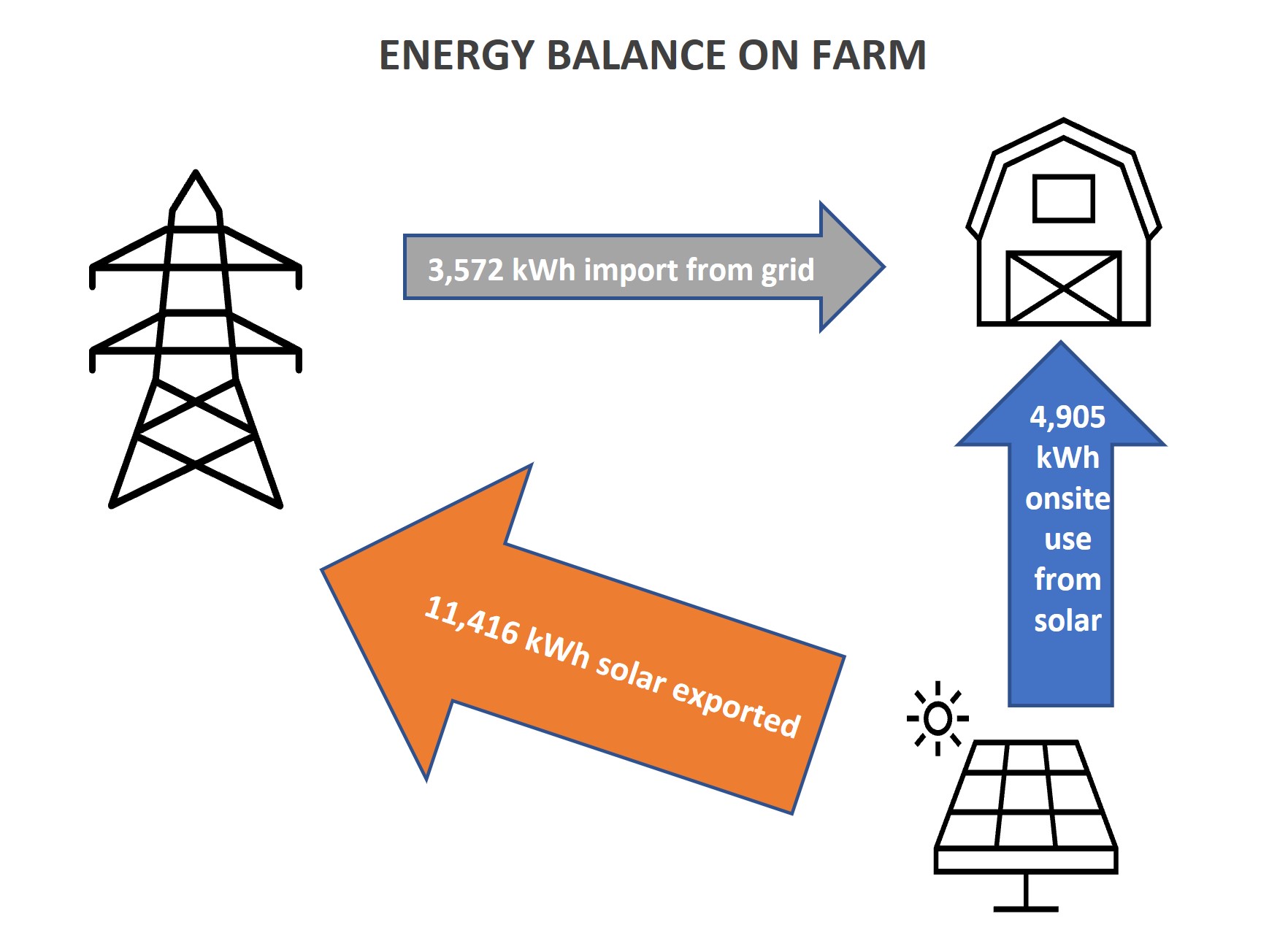 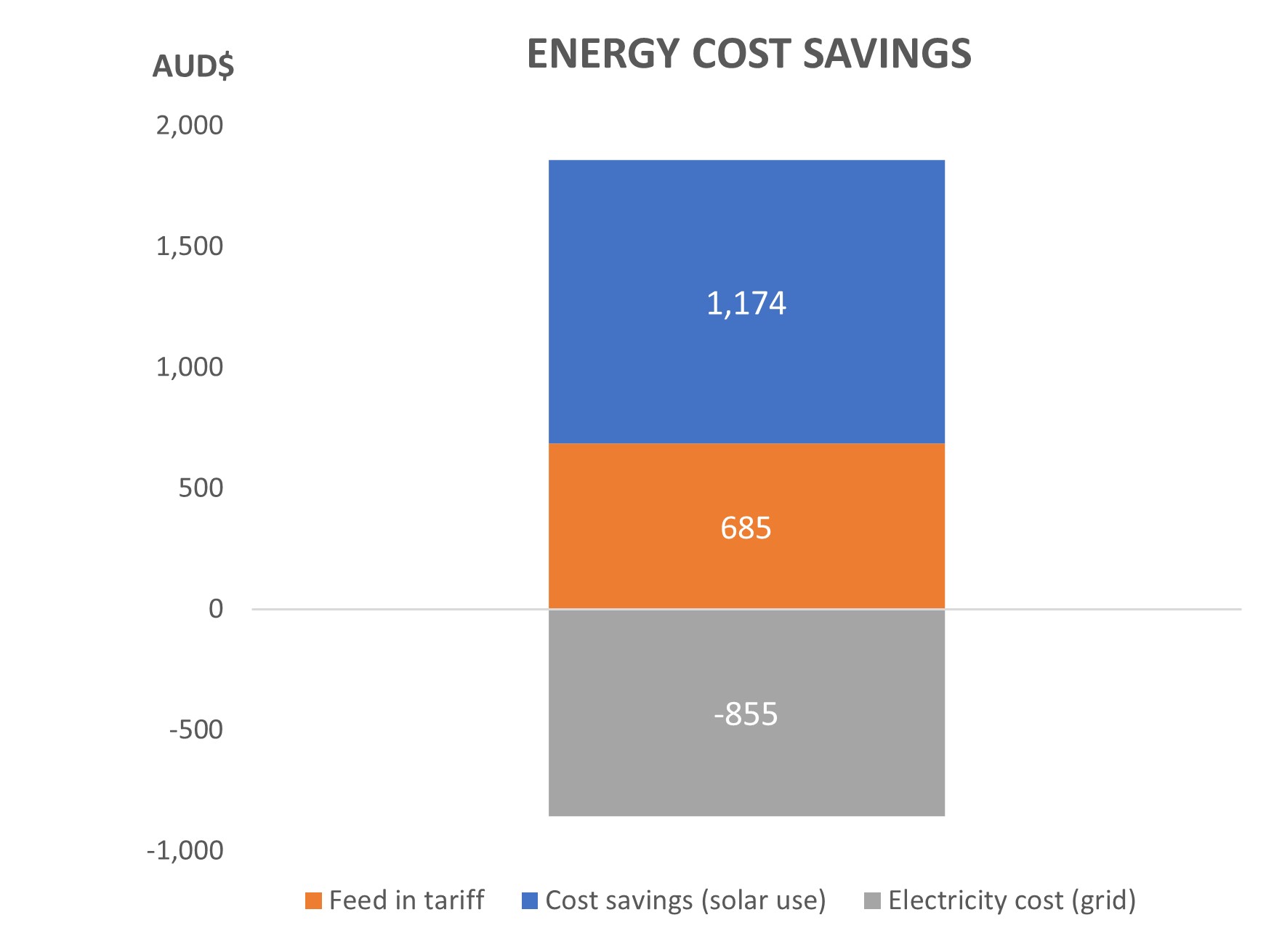 The next step for the farm is to adjust energy usage to offset as much energy consumption as possible from the grid, which would lead to higher cost savings. If the farm were to shift 3,572kWh of energy consumption per year to coincide with solar generation times, they would save an extra $170 per year.

From the implementation of recommendations in the audit, the farm has reduced energy consumption by 194%, thus becoming a net exporter of power. Costs have been reduced by 92%, including feed-in revenue, with Carbon emission savings of 13.3 t/CO2-e per year.