The 4.3 ha farm with current production covering 0.5ha utilises automated propagation and irrigation systems operating 24 hours per day year-round producing around 300,000 units per ha per year. Energy consumption varies with the seasons, with the highest peak demand in winter due to heating operating overnight. As the nursery is planning to expand, production and electricity requirements are expected to increase by 15% per year over the next three years.

A recent energy audit showed how improving the current systems can lead to energy and cost savings, even with the projected increase in production. The audit recommendations are: 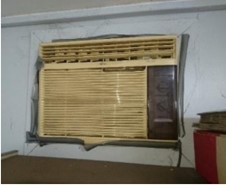 The nursery has started implementing all the recommendations and at the time of writing, had upgraded the air conditioner and installed the Solar PV system. The savings made have been measured in a Measurement and Verification (M&V) process, as outlined in Table 2.

The solar system is being implemented in 2 stages, with a 15kW array and 27.6kW inverter already installed and another 15kW array to be added to the system in the coming years. The lower solar generation (less than 50% of the expected) has been mainly caused by incorrect inverter settings, which were fixed during the M&V process.

From the solar generation, 11,176 kWh or 81% of total generation are being used onsite valued at $3,115, and around 2,548 kWh are being exported to the grid with a revenue of $153. Considering that 19,768 kWh – 64% of the total energy used onsite – are being imported from the grid at a cost of $4,872, there are significant potential savings from shifting consumption into the solar generation period when the second stage of the system is installed. The total power balance of the farm, including solar exports and the energy cost distribution, are shown in the following figures. 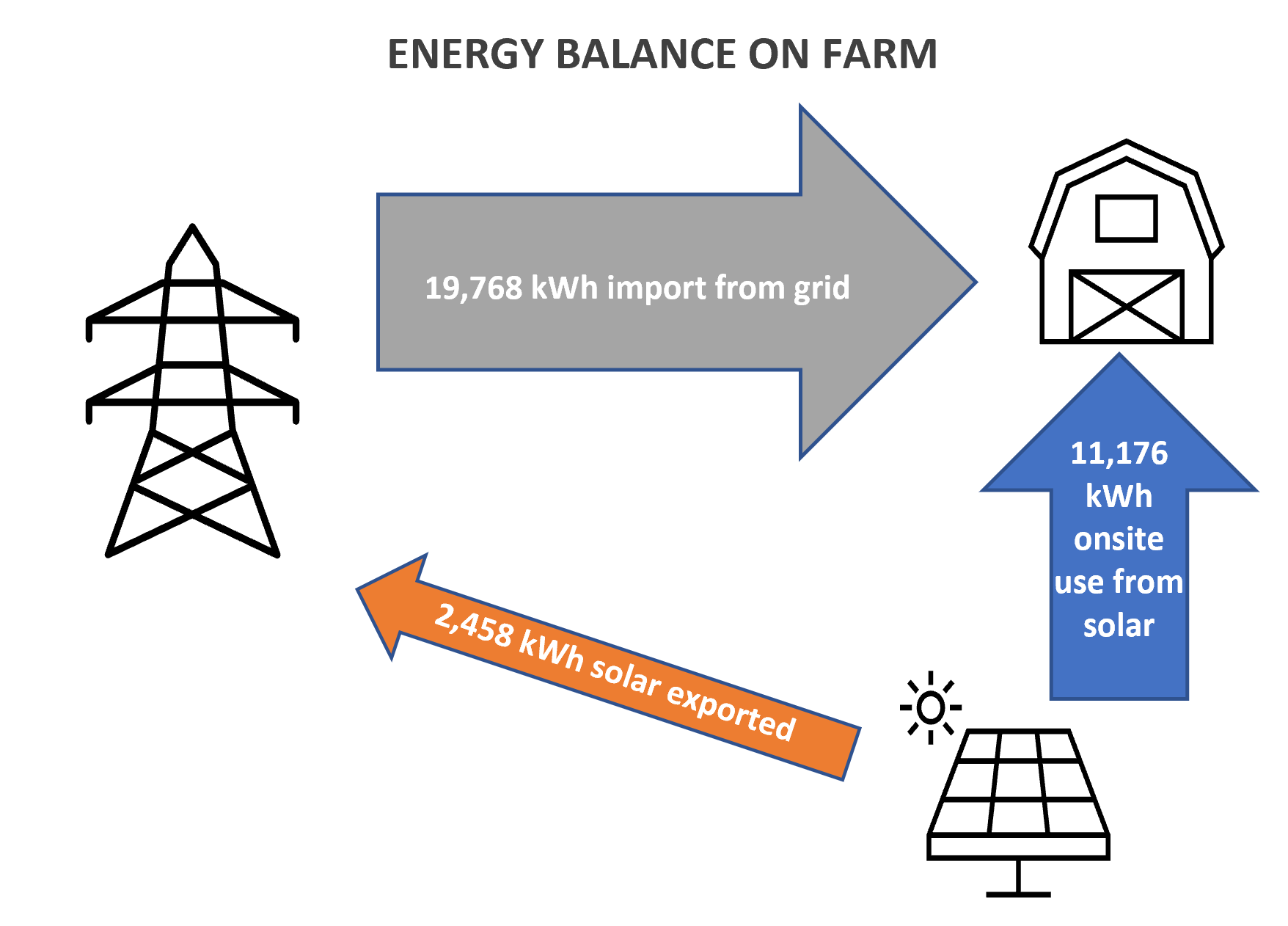 The mainline irrigation upgrade will occur in mid-2021 which will reduce the irrigation run time and allow it to be matched with the solar generation curve for better utilisation. On the other hand, the new bore pump still requires the spray nozzle upgrading used in the tank to aerate the water, allowing reduced operating hours to match pump use with the solar generation period.

The new larger bore pump without the required spray nozzle upgrade has increased energy use by 900 kWh per year and the heating system has increased its annual energy consumption by 1,800 kWh given lower temperatures during night-time. The energy consumption on farm during the 2020 period was 15% higher than in 2019, in line with the projected increases.  The M&V determined that 5% is due to the expansion of the farm, 7% is driven by climatic factors and 3% is because of the incomplete upgrades of the irrigation system. Since the audit, the owner has also reconditioned the abandoned greenhouse which will be operative in 2022, increasing the irrigation requirements and energy consumption.

From the partial implementation of recommendations in the audit, the business has reduced energy consumption by 47% and costs by 52%, with Carbon emission savings of 11.9 t/CO2-e per year. With the remainder of upgrades and inverter settings corrected, savings are expected to improve to 96% by 2021.

An energy audit is a great first step in moving a business towards a more efficient future by reducing energy use, costs, and carbon emissions onsite.